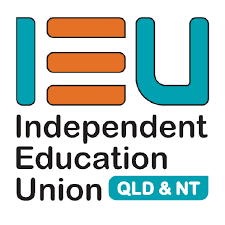 IEUA-QNT is an organising union working to improve the lives of more than 17,000 members employed in the non-government education sector.