No taxpayer funding for ACL campaign 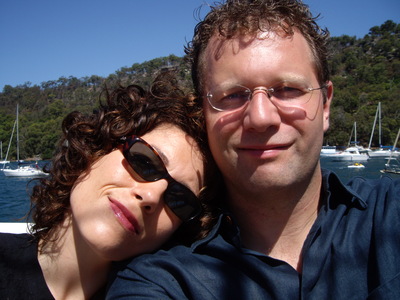 Attorney-General George Brandis is currently preparing a cabinet submission on how the Government's proposed plebiscite would work. The media has reported this will include a recommendation on whether to provide taxpayer funds to groups campaigning around this issue.

We call on the Government to ensure no taxpayer money will be given to either side of the campaign, if the Federal Government proceeds with its marriage equality plebiscite.

We are Rebecca and Daniel, husband and wife and parents to three young children.

We’ve been hearing the government plans to hold a plebiscite that will ask Australians to vote on whether or not all couples should be allowed to marry.

We are raising our children to believe in equality for all. We don’t want them exposed to potentially harmful advertising messages from groups like the Australian Christian Lobby – and we definitely don’t want our taxes paying for it.

The ACL is pushing for the government to spend an additional $30 million of taxpayer’s money on the ‘for’ and ‘against’ campaigns. But Australian Marriage Equality don’t believe taxpayer money should be given to either side of this campaign. And we agree with them.

We need your help: tell Attorney-General George Brandis not to spend our tax on these campaigns. Our money should be spent where we need it most — our community services, education and healthcare — not a public debate on equality.

We care about our community and the society our children are growing up in. We don’t know anyone gay in our family, but we have friends, neighbours, colleagues who are gay, and we care about their families and their children. We don’t want them to see the disrespectful and manipulative tactics used by campaigning groups such as the Australian Christian Lobby. And we don’t want our kids exposed to any of it either.

Please sign and share this petition to let the government know you won’t foot the bill for a campaign that will be divisive and hurtful to our community.