To: The Adelaide University Union

Save the Occult Club 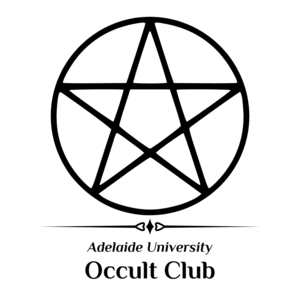 The Adelaide University Occult Club’s status as a registered club is being challenged by the AUU. We are demanding that the AUU treats us fairly.

Since late 2020, the Occult Club has fought hard for its space on our campus, as a community for witches, pagans, satanists, and other members of minority religions. The club has been registered with the union since early 2021 and has contributed significantly to campus culture by hosting large, open and non-sectarian events, such as a Halloween party in partnership with the Pride Club, Sci-Fi Club and Totally Cooked and a spooky board games night in partnership with GAMES Club.

On the 10th of March 2022, members of Oscar Ong’s political faction, Progress, on the Clubs Committee decided to table the Occult Club’s application for full registration after we spent last year provisionally registered with the union. The reason given for this decision was to await letters of complaint about the nature of the club, which haven’t even been written yet.

This decision does not follow proper procedure, and no other club has been exposed to this level of review. This demonstrates that the Clubs Committee is willing to apply the rules and regulations of the AUU inconsistently to suit their own desires. This also leaves our club in a very precarious position, as we are unsure whether we are wasting our time while preparing for our events throughout the year, including our second set of Halloween events this October.

We are, unfortunately, not the first club to be mistreated by Oscar Ong’s Progress, and this fits neatly into a much broader pattern of discrimination and censorship of views that disagree with the personal views of Progress.

Some of the highlights in Progress’ portfolio of censorship and discrimination are:
- Refusing to affiliate the Women’s Collective to the AUU

- Prohibiting the SRC from criticising decisions of the AUU, and subsequently cutting all funding to the SRC

- Gladly affiliating a pro-life club, LifeChoice, while refusing to affiliate a pro-choice club

- Prohibiting On Dit from publishing any criticism of the AUU

It is disturbing to see how comfortable Progress is with eroding student democracy and silencing student voices on campus.